High School students use their ARMS for science

The goal of this project was to foster the interest of high school students in marine science and bring awareness to coastal habitats in San Diego. We collaborated with Jesse Wade-Robinson, biology teacher at The Gary and Jerri-Ann Jacobs High Tech High, to develop a hands-on project that considered relevant themes in the context of global changes while working on local ecosystems. Students were focused on the role of seagrasses as foundation species that create high diversity ecosystems. Seagrass beds are important nursery habitats in the coast of California and are currently under the threat of disappearing as a result of global warming.

In May, 2016, the students began their field experiment in Mission Bay by deploying five Autonomous Reef Monitoring Structures (ARMS). ARMS were placed in high-density seagrass beds and in bare sand patches. In a second field excursion three months later, students recovered the ARMS for analysis. They made a complete catalog of animal species associated with each ARMS. With the help of specialists, the students identified taxonomic groups and compared their abundance in ARMS deployed in high-density vs. bare patches. They found differences in richness and diversity of several species, with high abundance of invasive species of tunicate and mollusks dominating bare sand ARMS. The students presented their findings in the Science Exhibition at High Tech High in December, 2016, and at the Biology Department of SDSU in January, 2017. 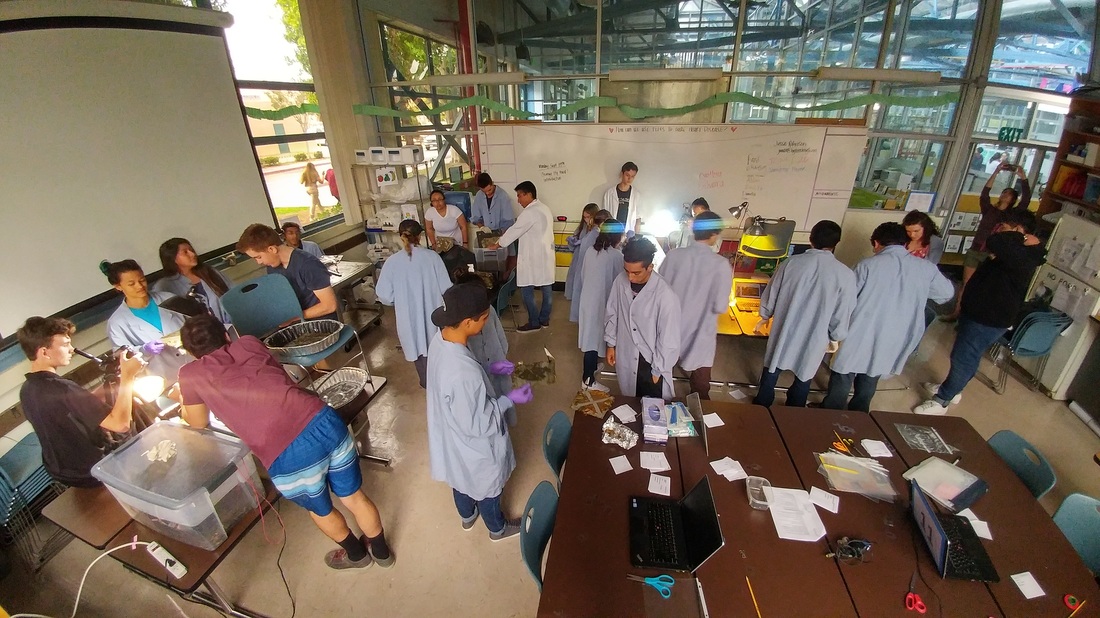 This project covered a range of themes from the biology of marine organisms to the degradation of marine environments, while offering students the opportunity to experience the scientific process. This hands-on project gave the students the chance to learn about local ecosystems and how to study them. Students gained their first experience crafting scientific questions and applying the scientific method to seek answers. This experience will hopefully create enthusiasm towards science careers among the students. One of the students will join the Rohwer lab in May for a summer internship to study viruses in marine ecosystems. 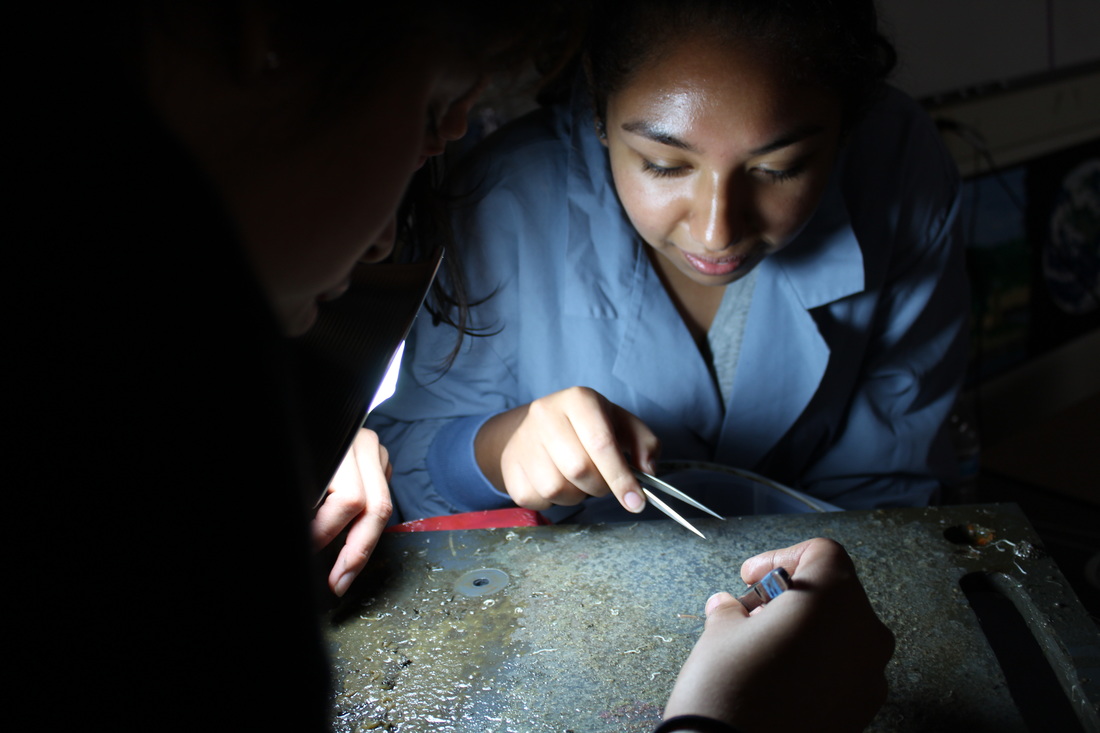 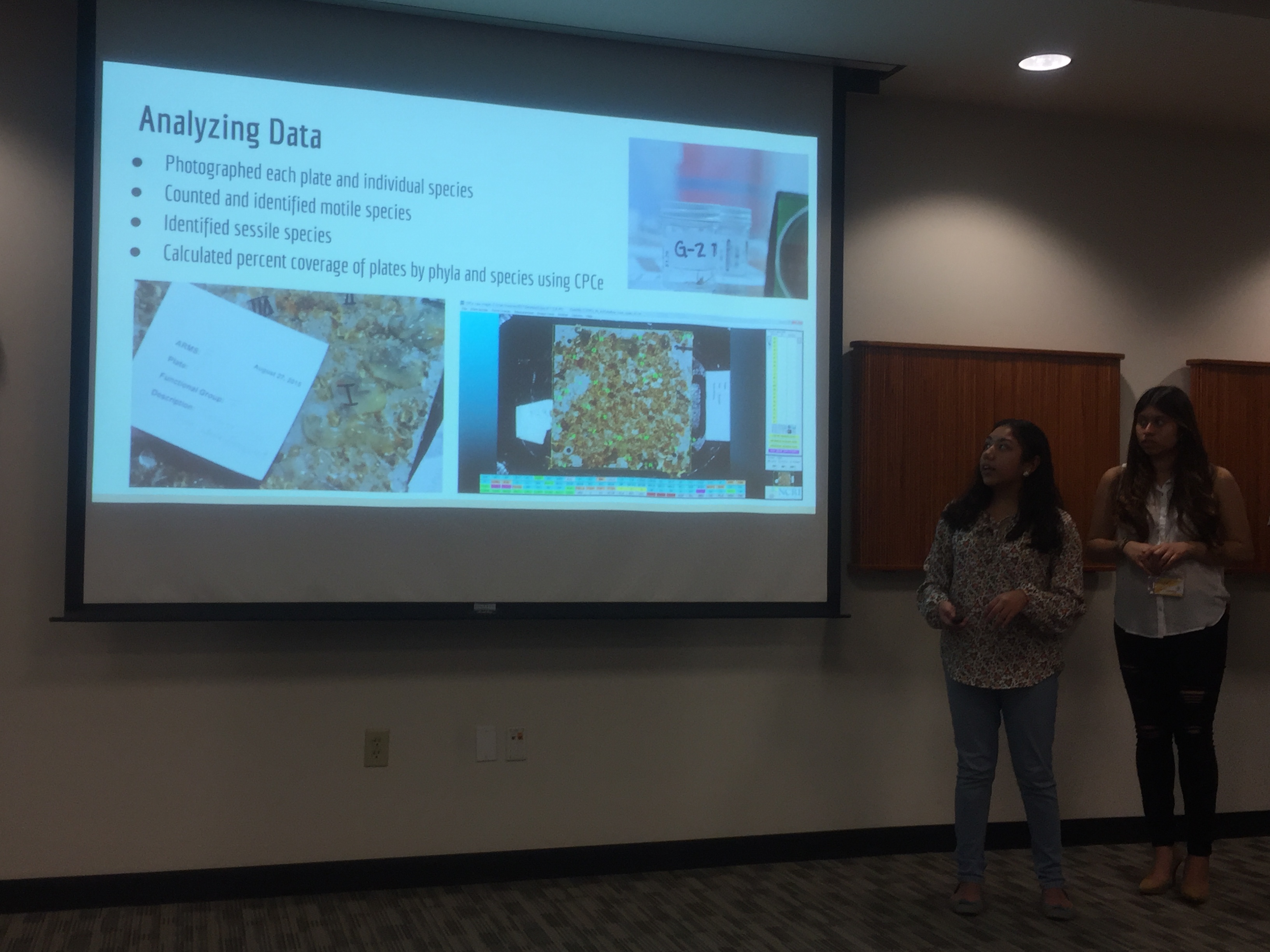 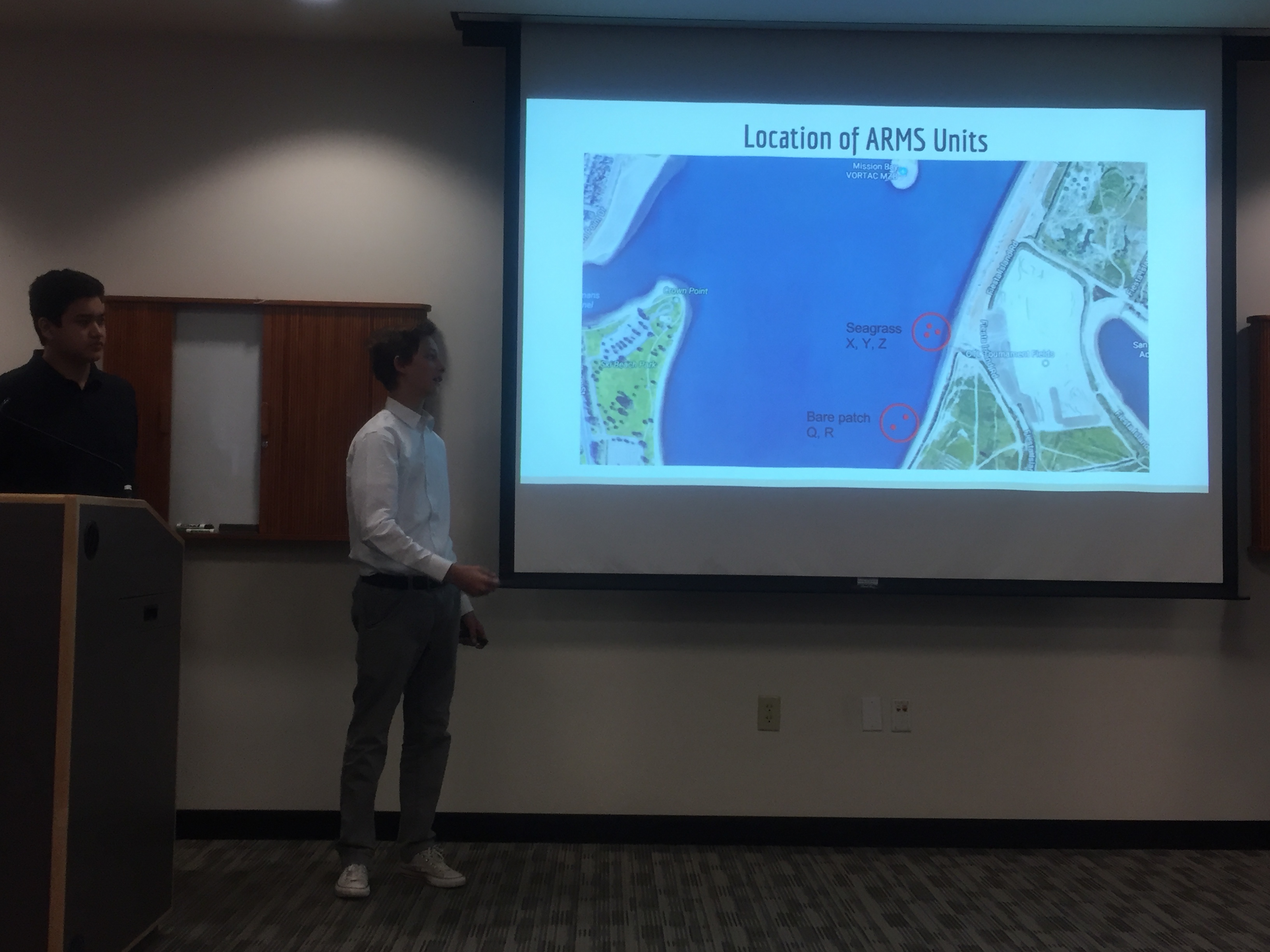