Each year, a microbiologist from the lab spends a month on a ship called the Hi’ialakai as part of the National Oceanic and Atmospheric Administration (NOAA) Coral Reef Monitoring Program. A month is a long time to live aboard a 224 ft ship with 50 other scientists and crew members, but the time passes quickly thanks to early morning wakeups, long days of diving, and late nights in the lab. 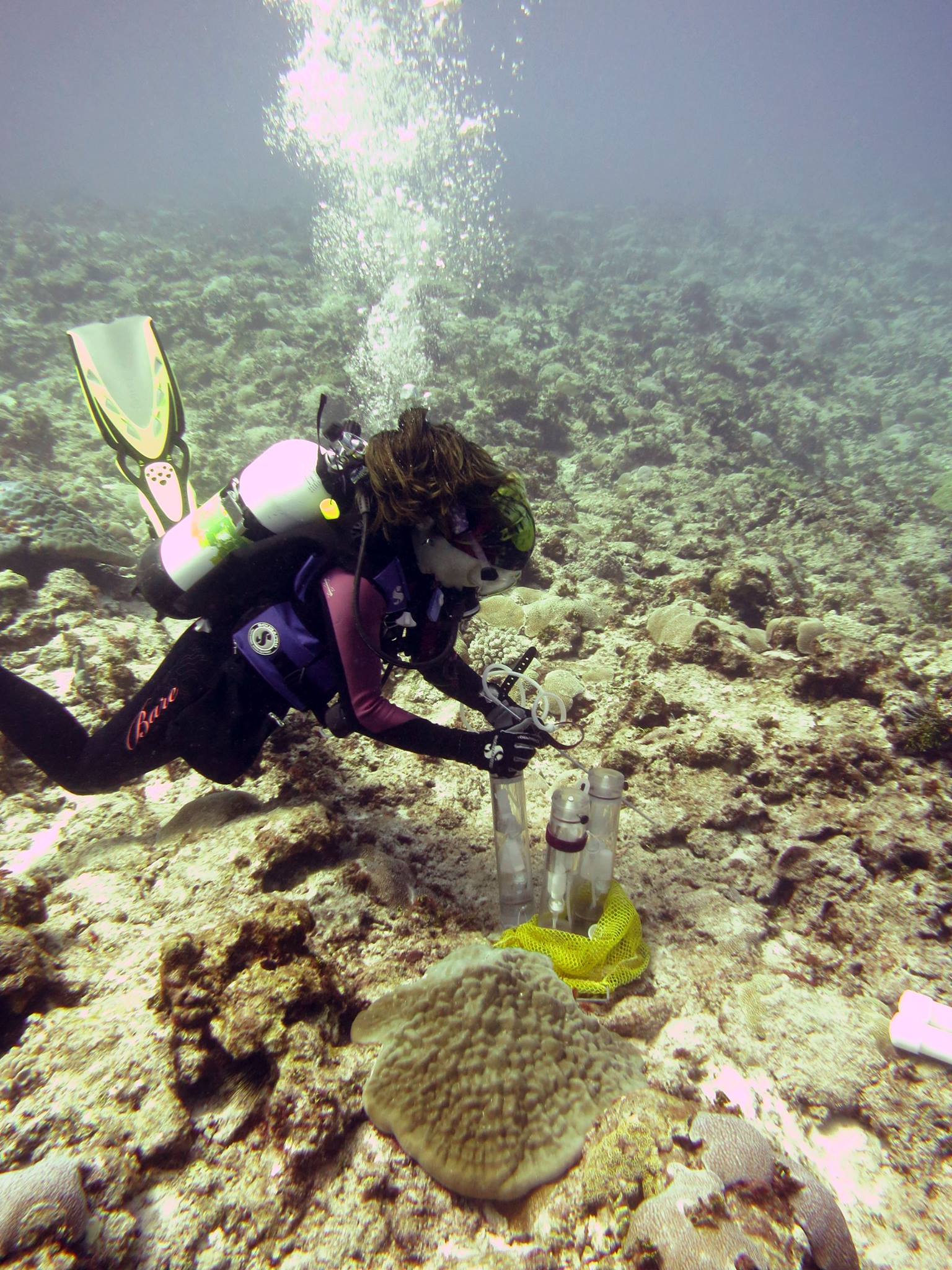 This past May, I met the ship in Guam after it traveled from Hawaii southwest to the Northern Line Islands, then north to Wake atoll and finally, east across the International Dateline. After a few days at Guam, we spent the month traveling north up the Marianna island chain to Saipan. Each island had unique underwater inhabitants from bumphead parrotfish to small black tip reef sharks and the reefs ranged from Porites rus colonies as far as the eye could see to murky, algae flats.

Each island had a unique history as well. The Marianas were key in the Pacific theater during WWII and the war scars were still evident 73 years later. The islands from Guam to Saipan were occupied by Japanese soldiers after the bombing of Pearl Harbor and most of 1944 consisted of bloody battles between Japan and America for control of the islands. Technological advances allowed American planes, warships and beach landing vehicles to outmaneuver the Japanese defenses and the Marianna islands were in American control by the end of 1944. Although much time had passed, I still saw unexploded torpedoes overgrown by coral, the entombed bombs now part of the reef matrix. Tanks sat rusted in the Saipan lagoon where the unexpected deep water surprised the American soldiers as they drove over the reef crest and the jungle crept over the entrances to limestone pillboxes that once housed cities of Japanese soldiers. One of our small boats broke down for the third year in a row on the eerie banks of Tinian, the island that housed the atomic bomb en route for Hiroshima. 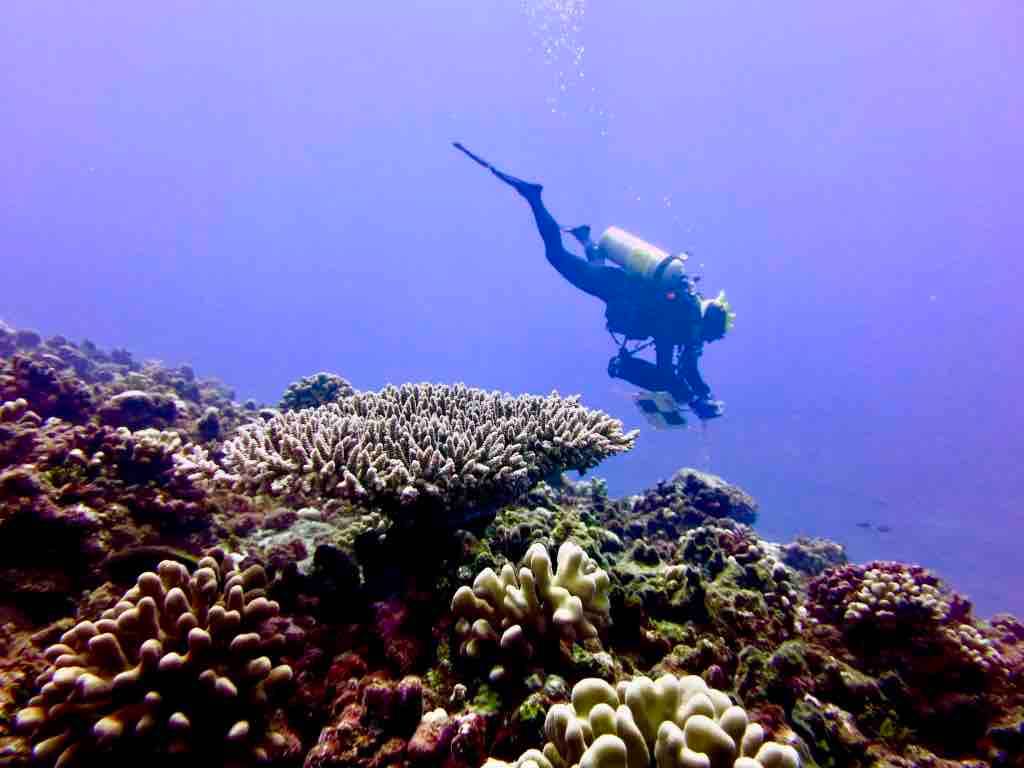 The grey beaches lined with soldiers in the black and white footage of the Pacific War are now beautiful white sand beaches lined with five star resorts and shopping malls. The bloody history of the islands may be covered by casinos and hotels, but the influence of the war can be seen in coral reefs around the world. After WWII ended, surplus ships were turned into large-scale fishing outfits with new technologies and the fish populations began to decline quickly. Grazers, especially herbivorous fish, eat the fleshy algae which maintains a balanced coral reef ecosystem, from the viruses to sharks, and the removal of grazers leads to the algae flats that I observed on the trip. The war for the Marianas might be long over, but the battle to save its coral reefs has just begun.

Living art takes over the SDMG

The Art and Microbiology class, lead by Professor Arzu Ozkal, Professor Anca Segall and Professor Forest Rohwer, presented their final art pieces at the Annual San Diego Microbiome Group Symposium held at UCSD. The graphic designer and biology student pairs put the final touches on their project after multiple rounds of critique and improvements throughout the semester, culminating in these presentations to members of the SDMG. 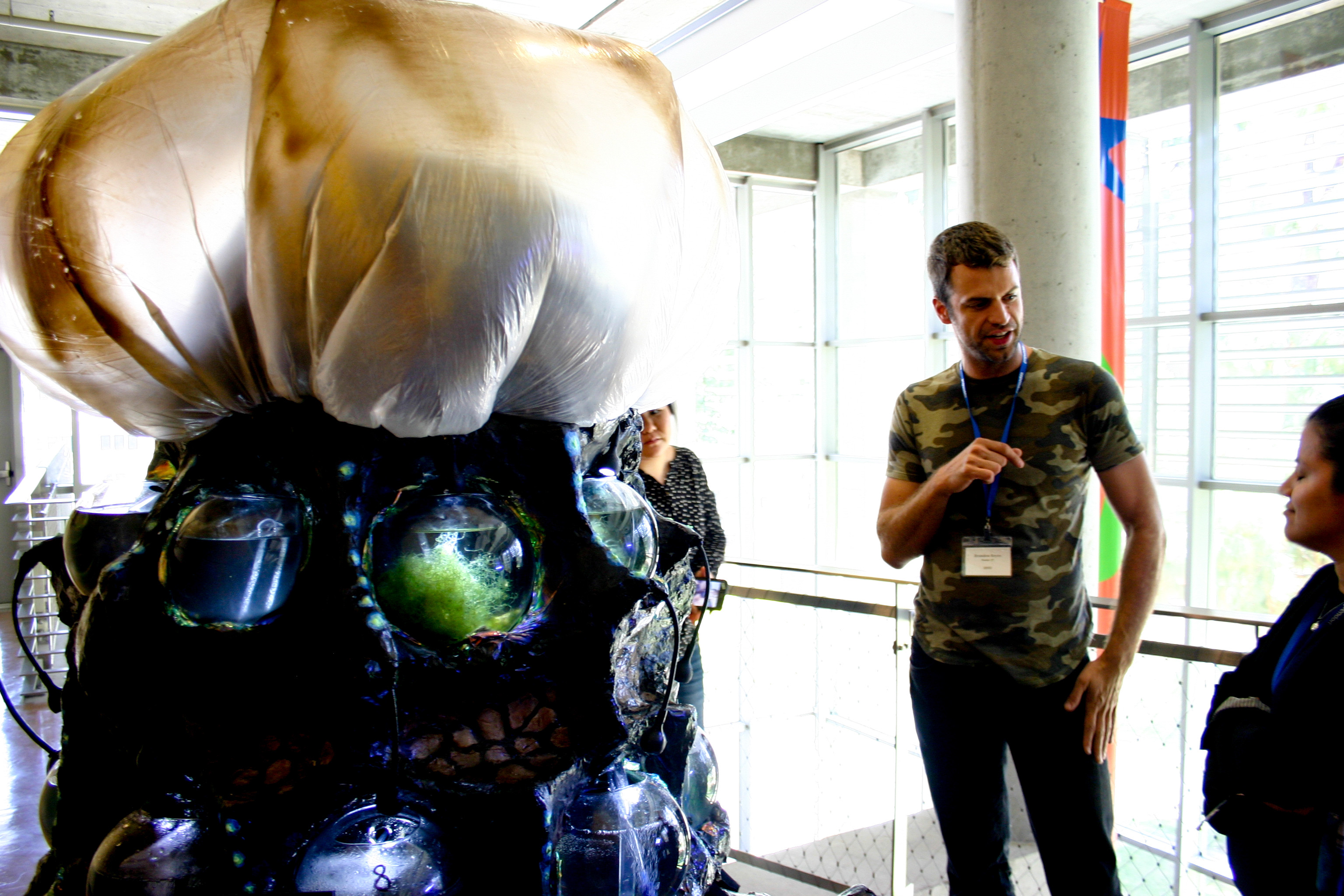 Along with the art, members from the Rohwer lab presented posters pertaining the their research alongside the art pieces. The “living art” was intended to display a non-trivial scientific idea or phenomenon while possessing both artistic and design elements allowing individuals who are not deeply involved with the projects to understand the research. The scientific ideas presented ranged from how common foods and sweeteners which we consume everyday effect the lifestyle of bacteriophages in our gut to displaying how the exudates produced by macro algae on coral reefs can negatively impact the health of corals, even when they are not in direct contact. 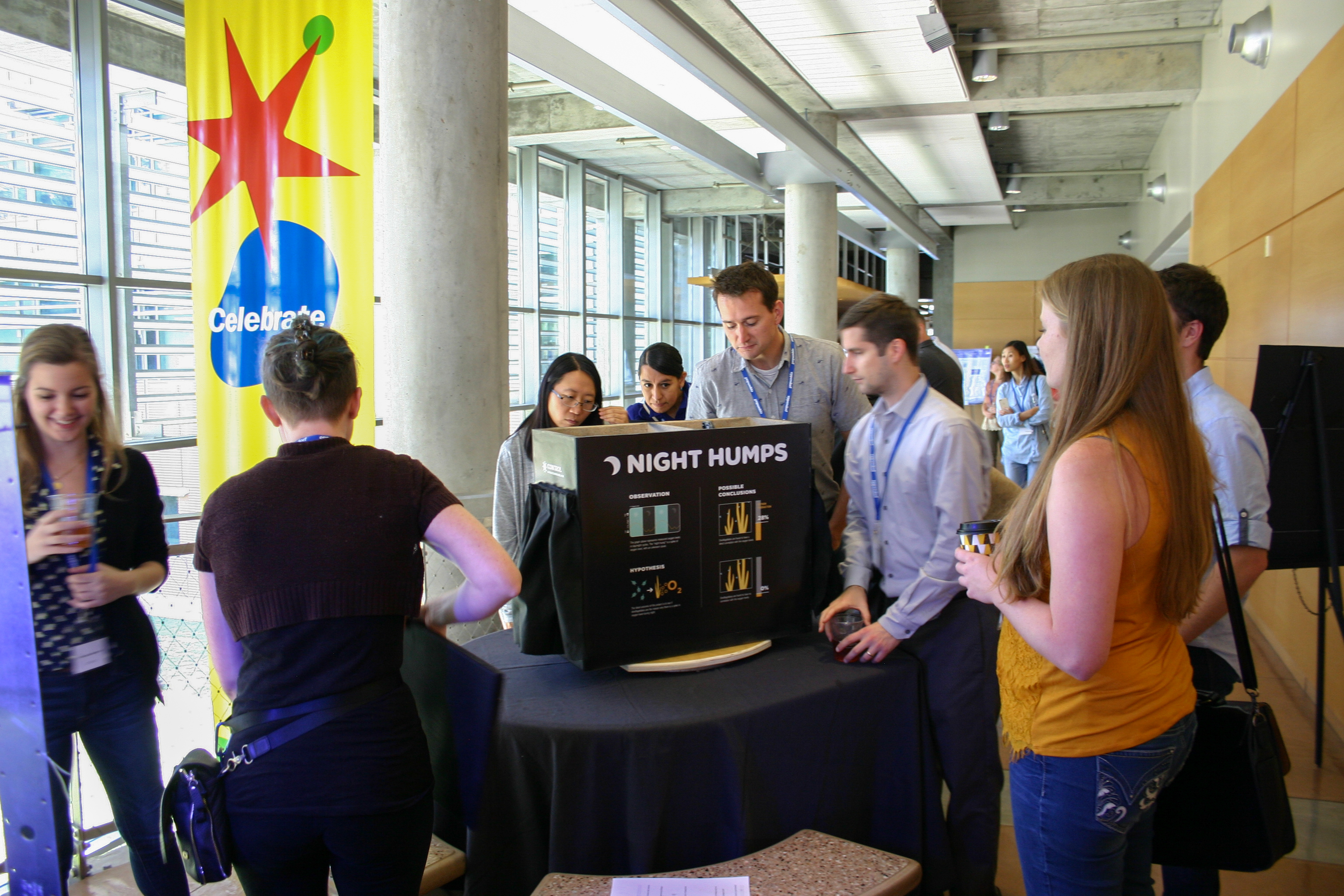 These living art pieces will continue to run throughout the summer and samples will be collected to be sequenced on the Oxford Nanopore Technologies minION Sequencer. This novel sequencing technology has allowed researchers to process and sequences samples in the field at a reduced cost. The art pieces will hopefully show the shift in microbial communities associated with the phenomenon that are being tested. Stay tuned for the results! 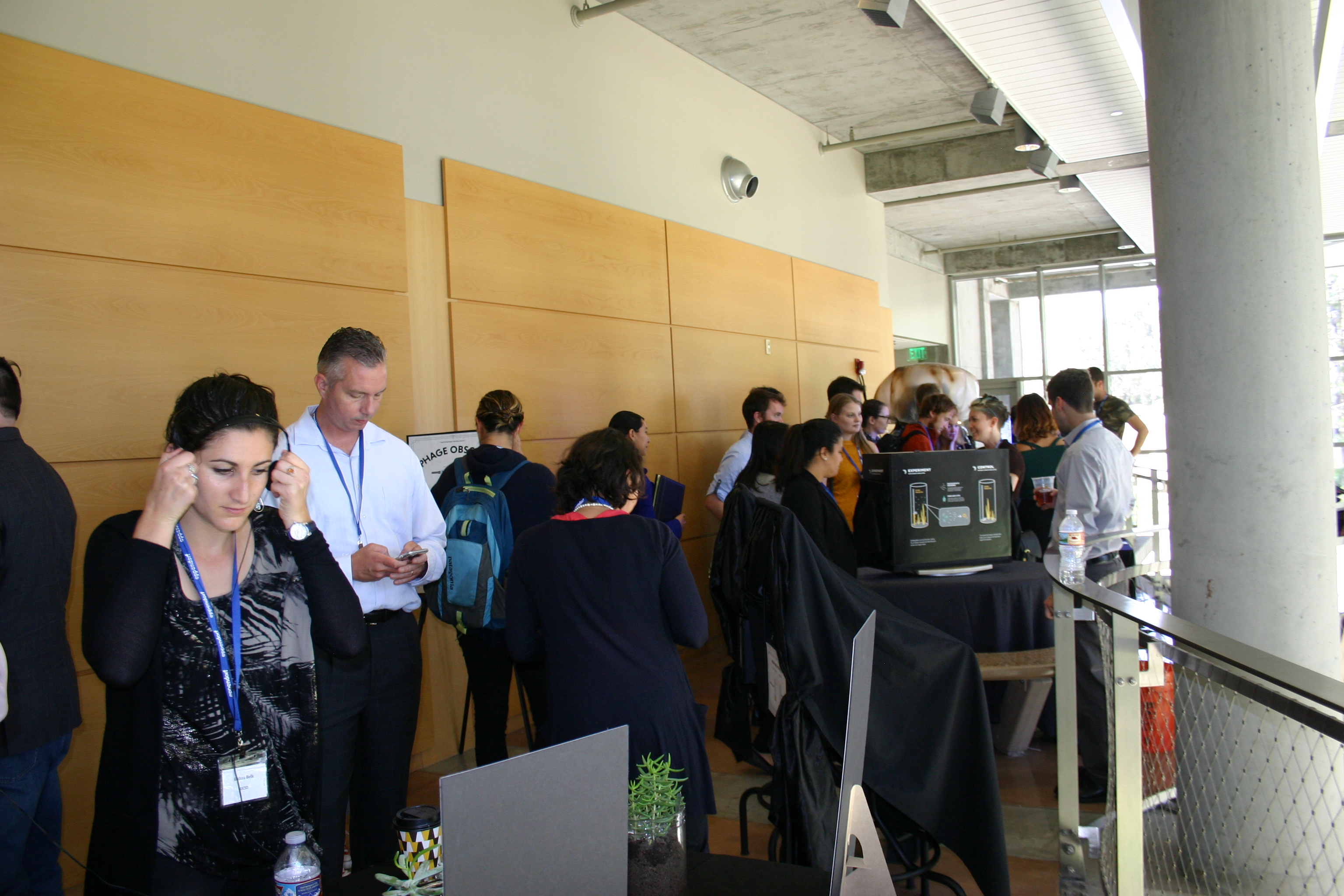 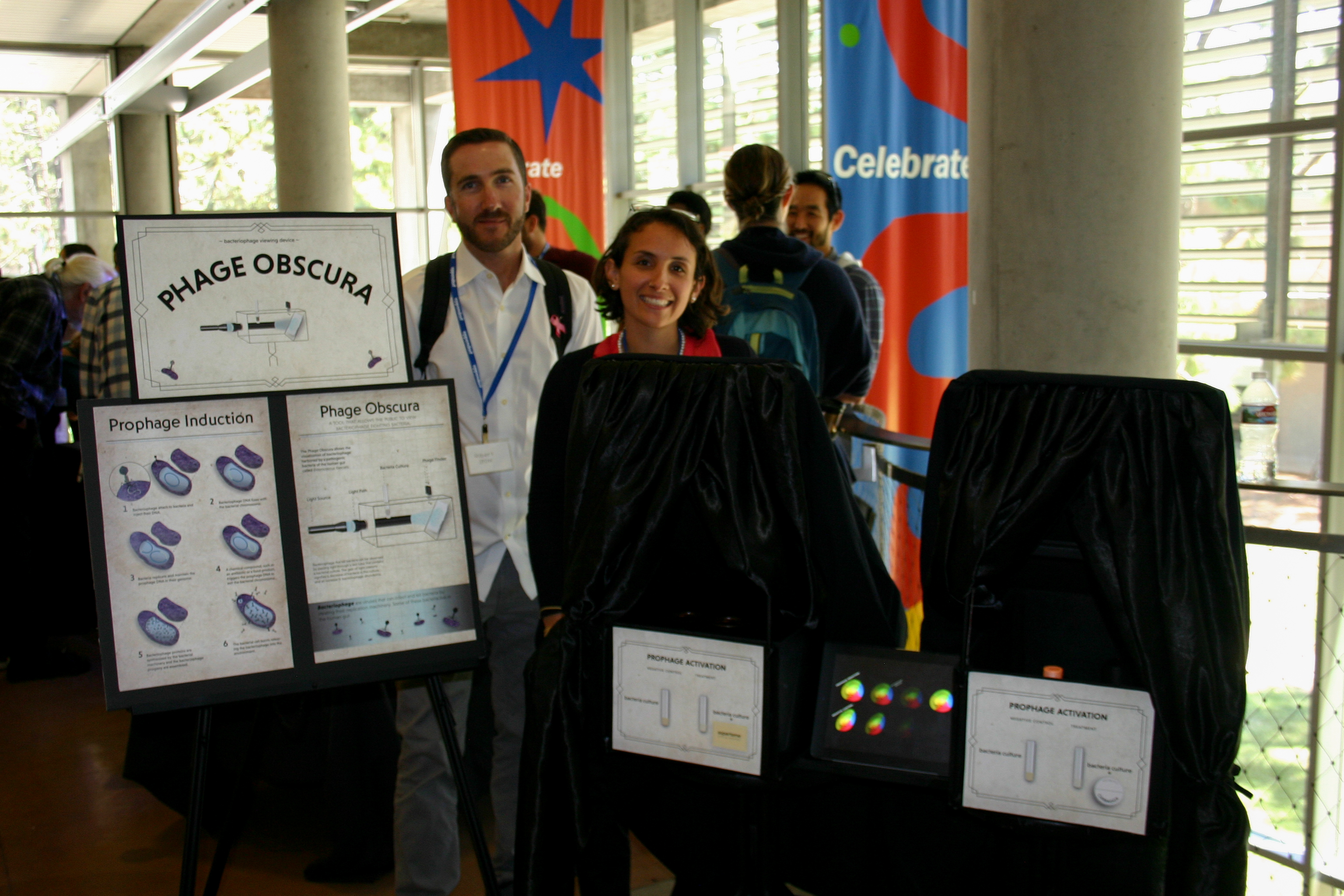 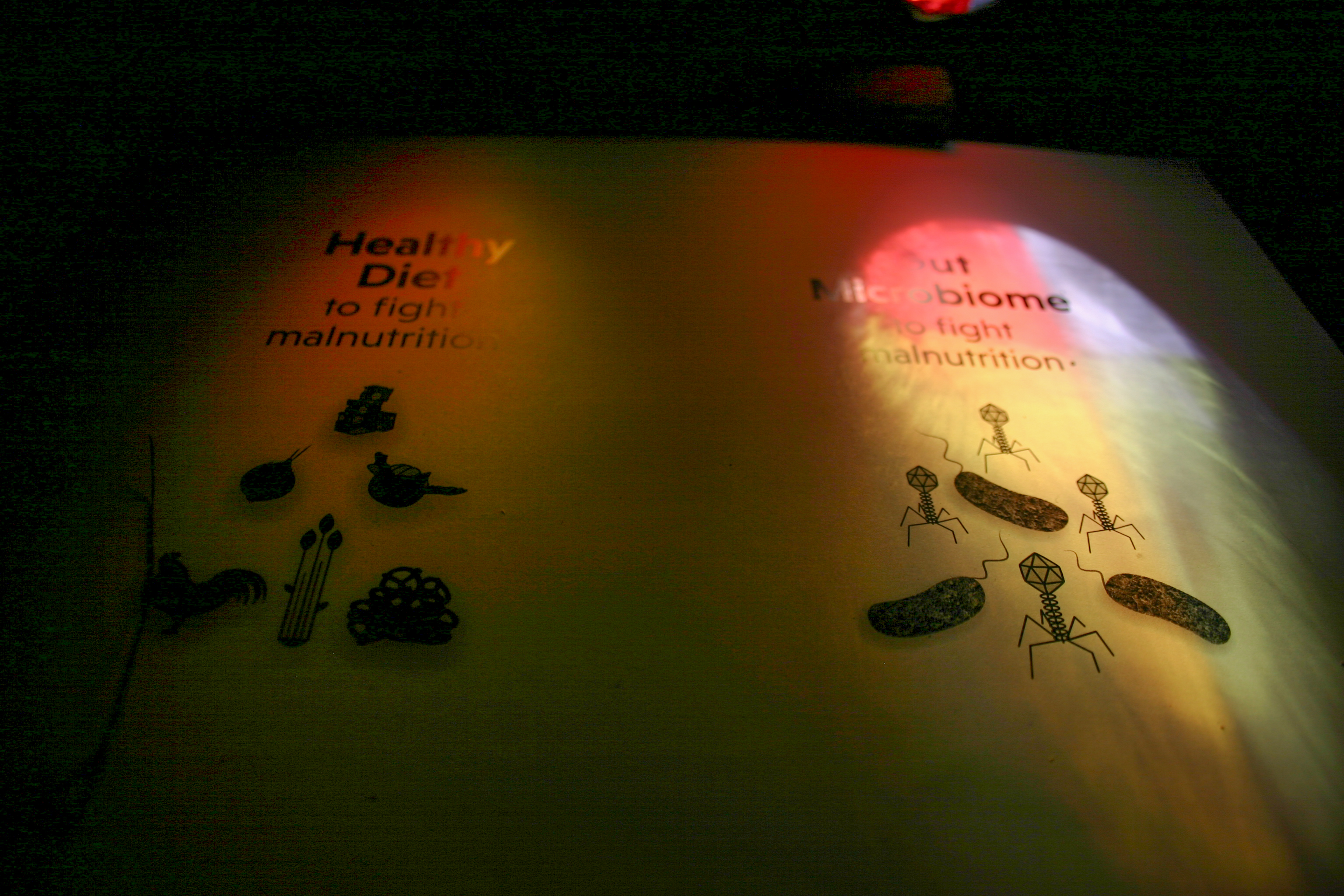 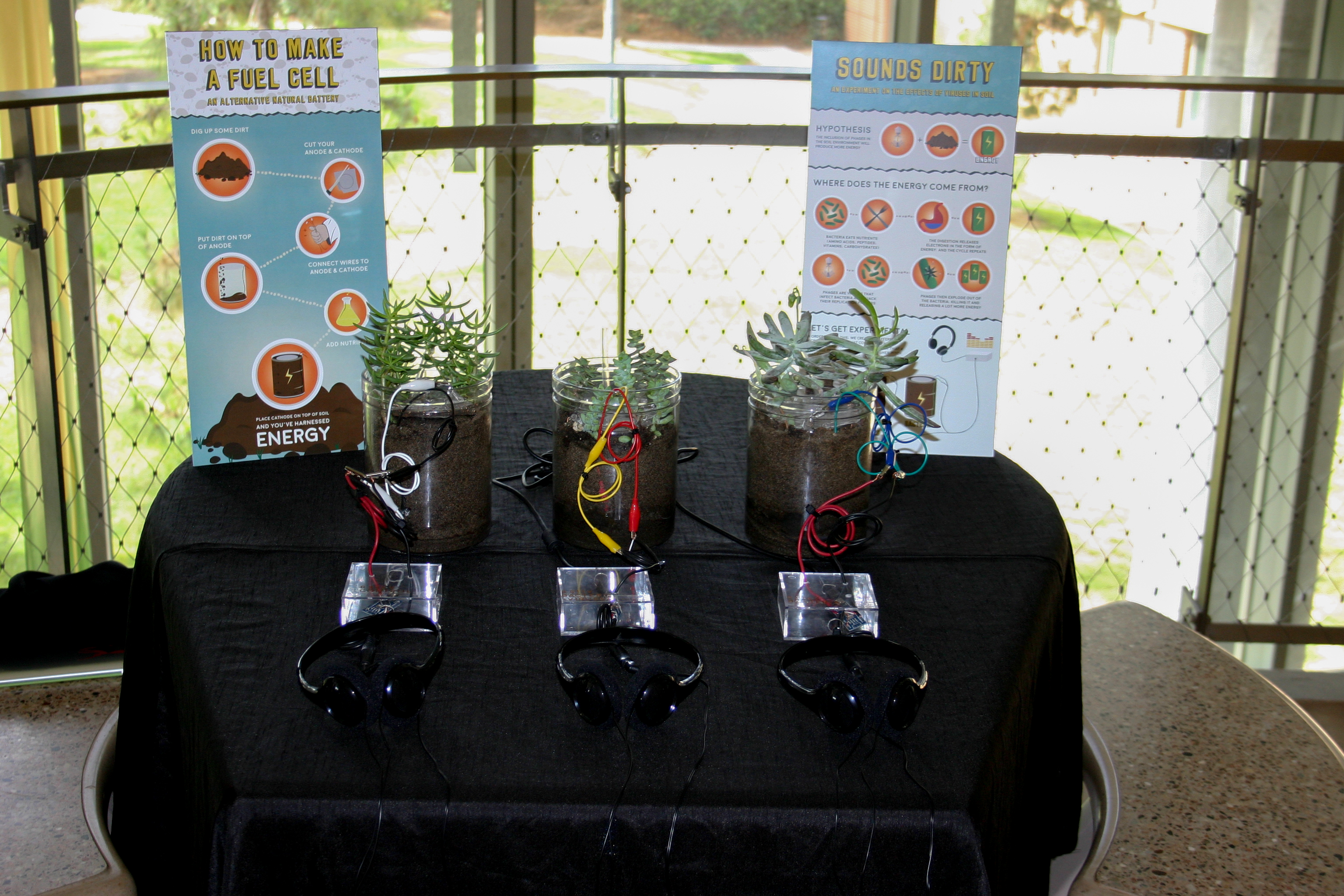 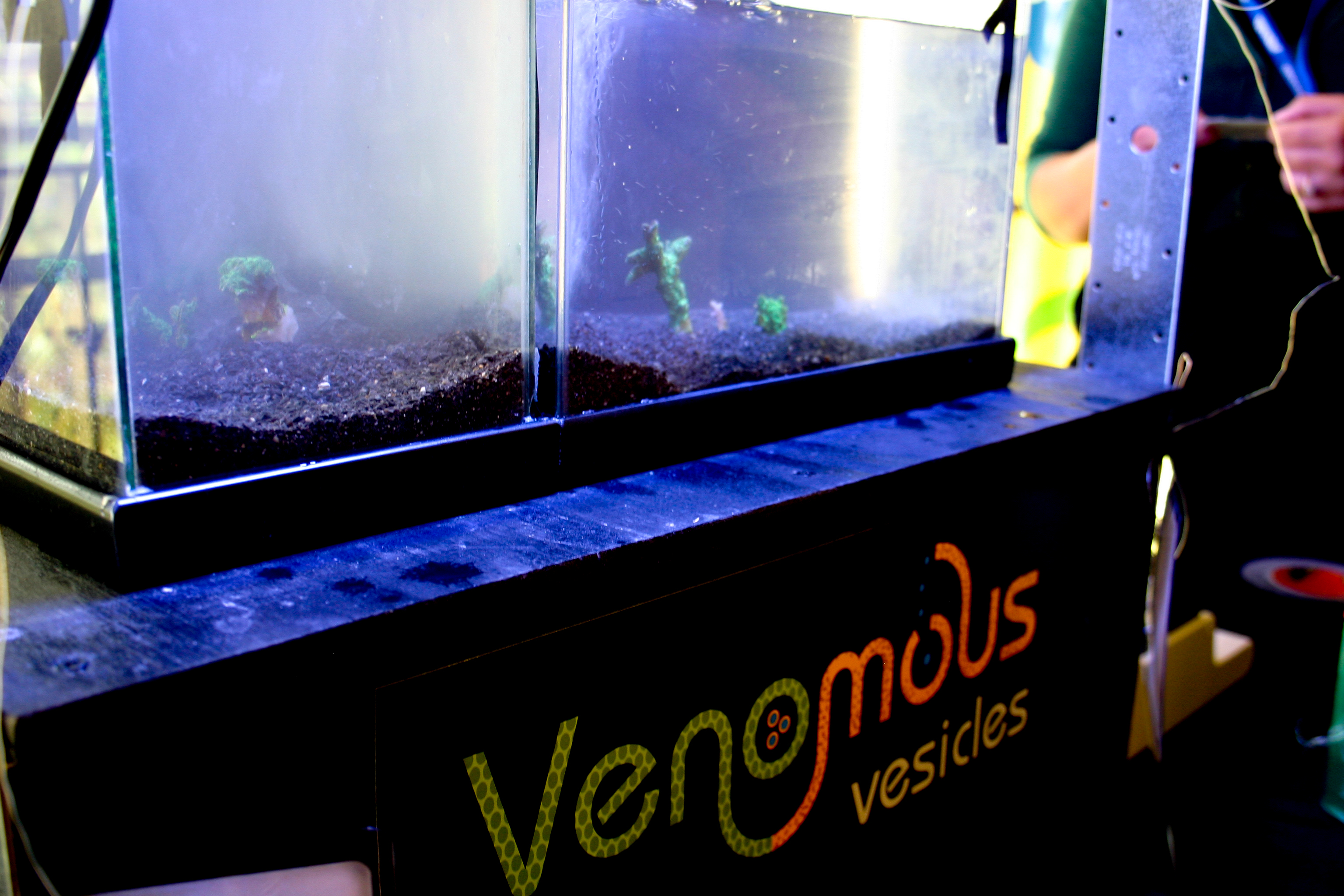 The Learning Glass helps to connect researchers to the public

Students Kevin Green, Brandi White, Adam Barno, and Douglas Naliboff participated in Molecular Biology 610 last semester taught by Dr. Nicholas Shikuma. There they learned how to successfully write grants as well as presented their work via the Learning Glass, an online instructional tool developed by Dr. Matt Anderson in the Physics Department at SDSU to better teach students who participate in online classes. The students had to give a 2-3 minute “chalk-talk”, using the Learning Glass, on their research aimed at students who have a semester of introductory biology under their belt.

Professor Arzu Ozkal from the Art Department, in collaboration with Professor Anca Segall and Professor Forest Rohwer from the Biology Department are all joining forces this semester under the Art Alive Program at SDSU. The class brings Graphic Design and Biology students together to illustrate both the beauty and complexity of biology through art and research. Throughout the semester, students have been working together to create beautiful and effective infographics from microbiome research publications on topics ranging from coral reef diseases to the microbial composition of breast milk. The class will culminate in a “living” art instillation that will be presented at the San Diego Microbiome Group Annual Symposium on May 13th. These pieces will convey complex biological processes or ideas such as the induction of prophages or the effects of coral-algal interaction on the host microbiome. 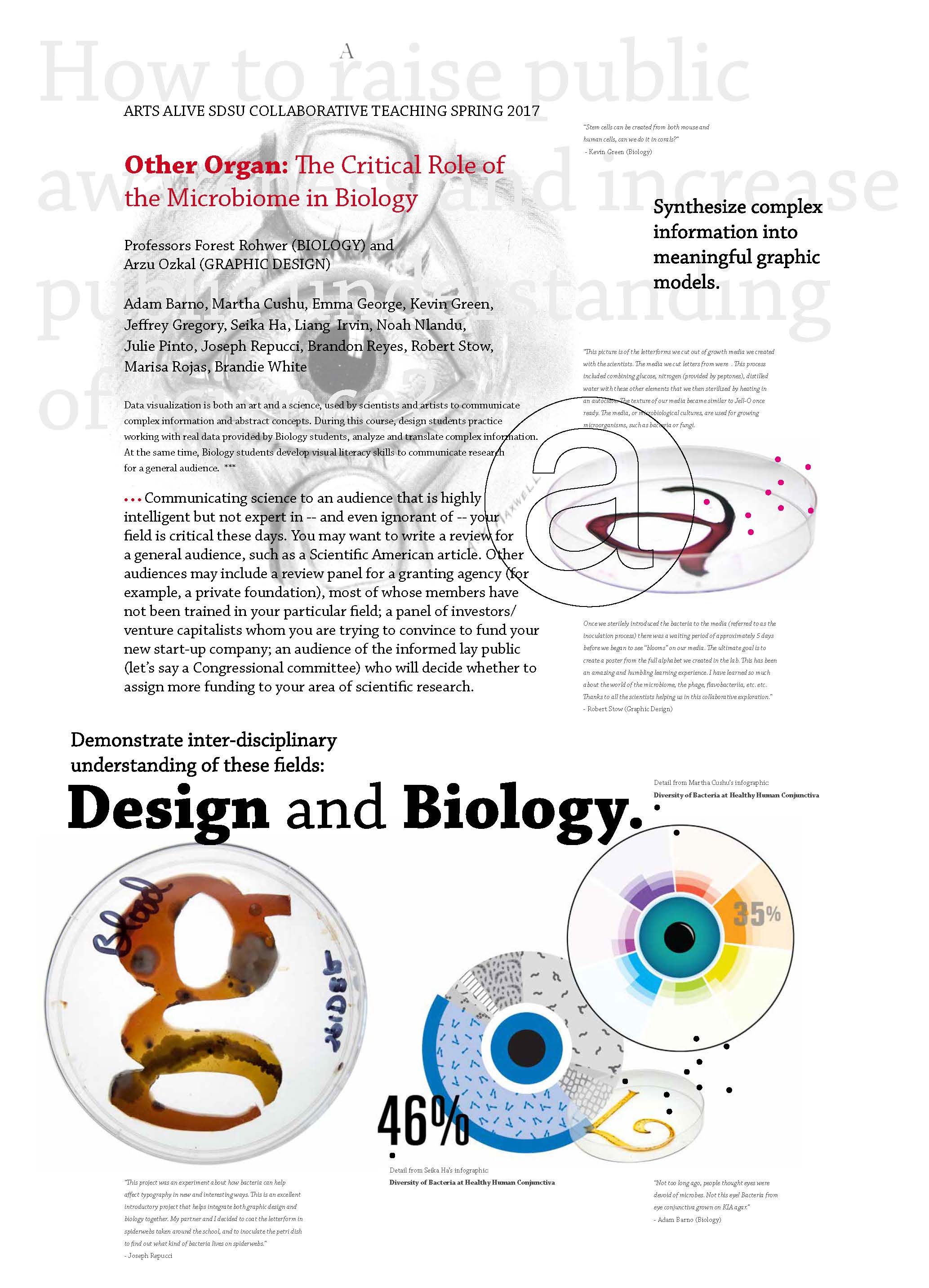 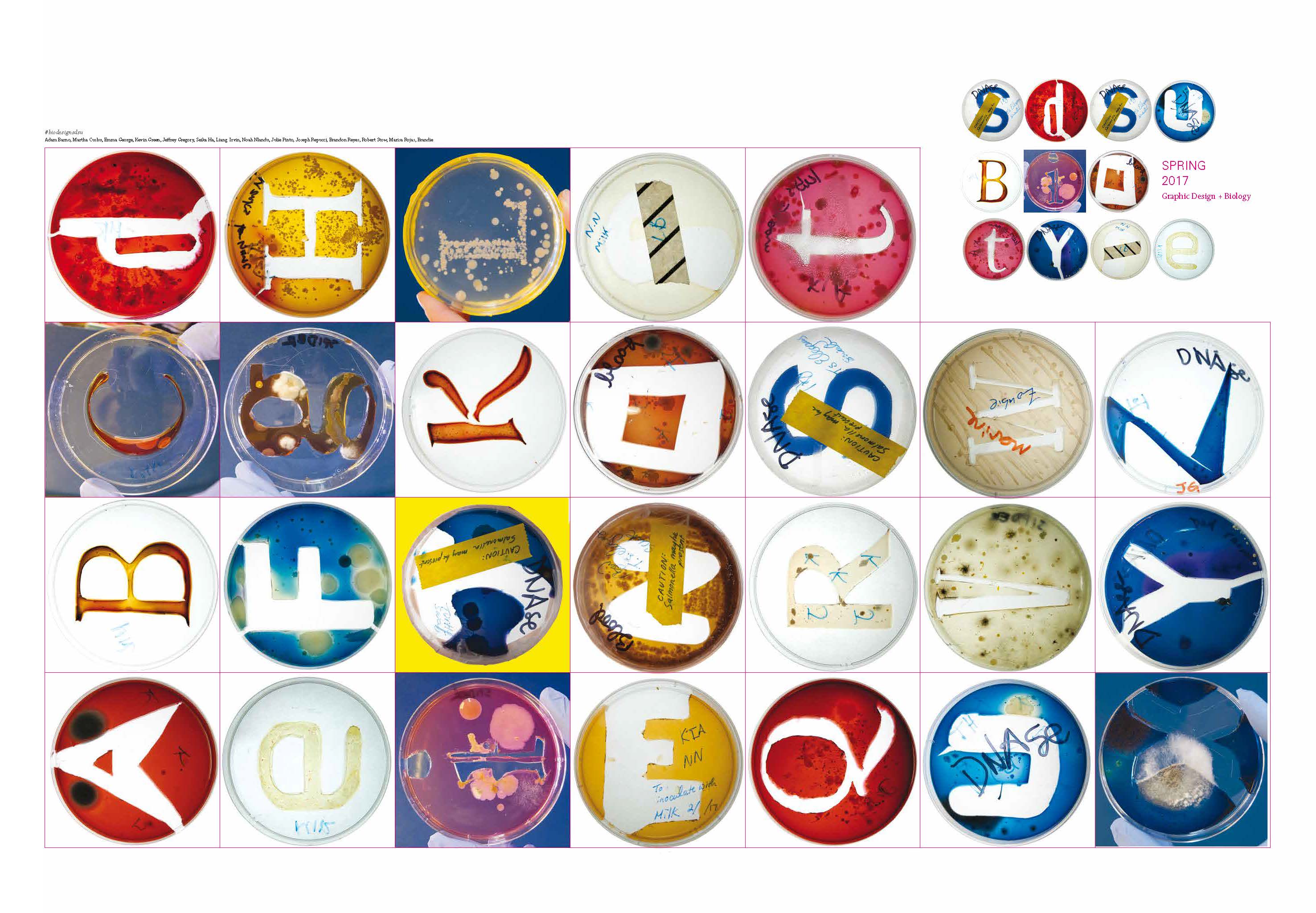 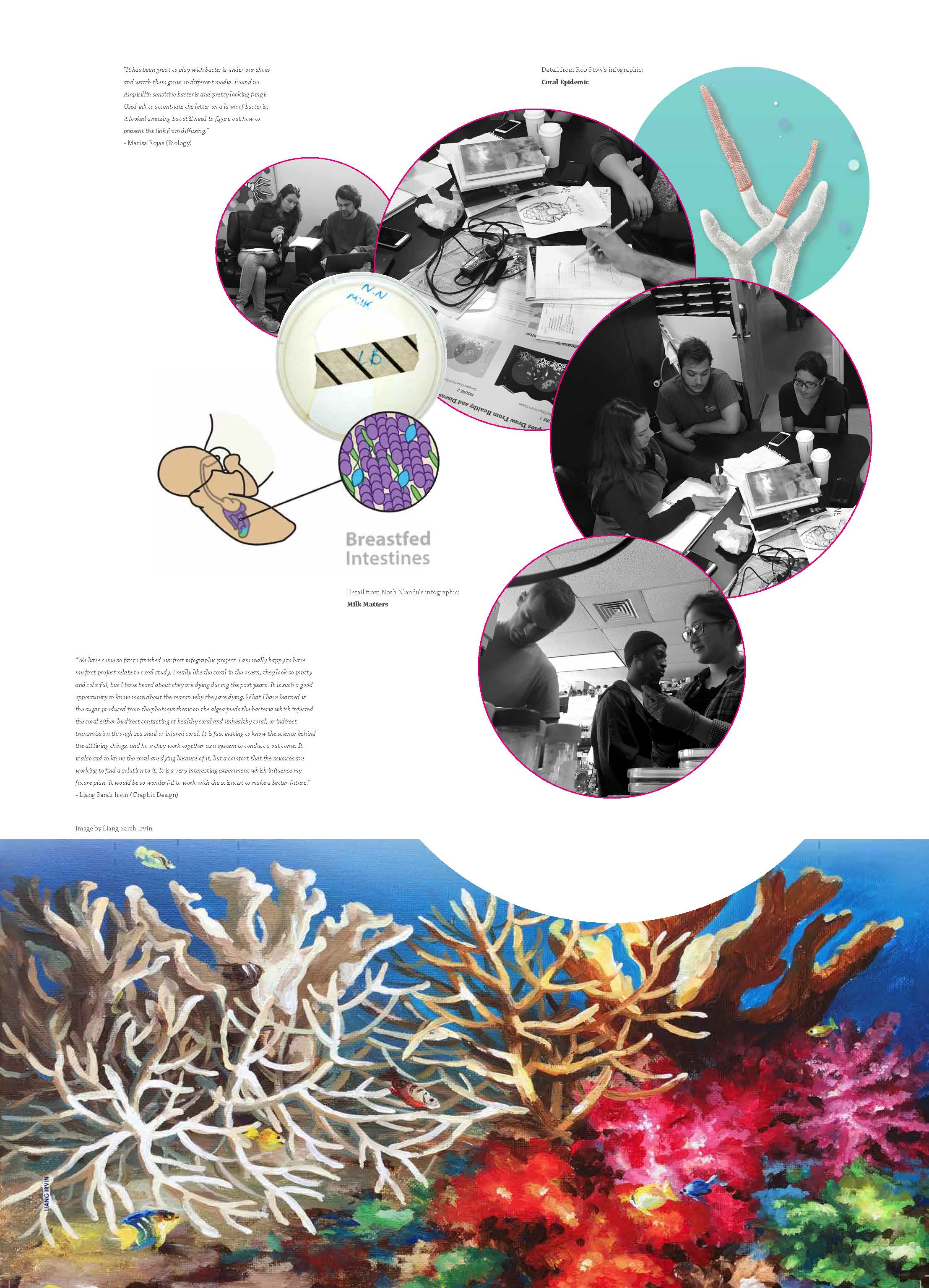