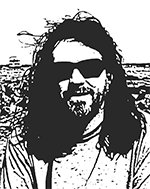 Dr. Rohwer is a viral ecologist. He pioneered the field of viromics and showed that viruses are the most biodiverse life forms in the world. Combined with other "-omics" methods the Rohwer lab studies the roles of viruses and microorganisms in the health and disease of ecosystems. The lab's main study systems are coral reefs and human lungs. 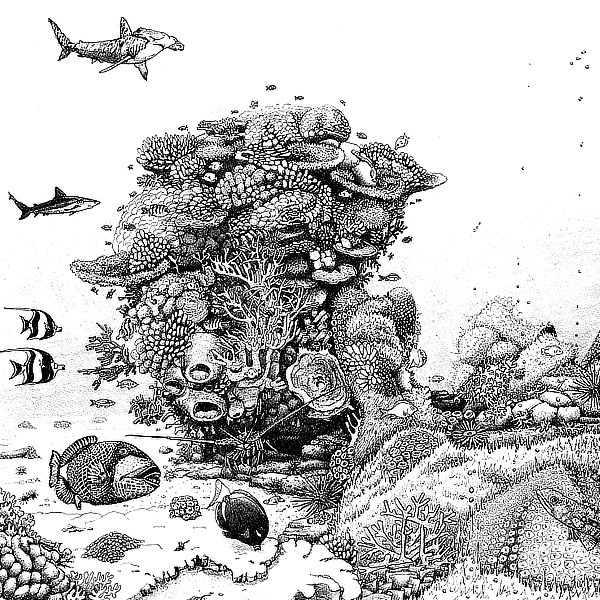 P.H.A.G.E.S. was originally proposed as a popular science book tenatively titled The Predators Within (TPW). TPW was to focus on phage and the human microbiome. As Breeann, Leah Pantea (illustrations), and I worked on TPW, it bacame clear that the science was still too nascent for a true synthesis. I decided that the best way forward, much to Breeann’s chagrin, was to create a synthesis of microbial ecology that would be the basis for TPW. P.H.A.G.E.S. is the result.Breeann and Leah are currently finishing the TPW.

P.H.A.G.E.S. and the Goldilocks Line are my personal way of thinking about ecosystems. This approach has served me well and hopefully will help other readers. Aspiring biologists, as well as interested non-specialists, may find P.H.A.G.E.S. useful for understanding the fascinating complexity of nature. The target audiences for P.H.A.G.E.S. are my lab members and immediate colleagues who range from undergraduates to full professors in science, math, and engineering. The goal is to get this disparate group using the same framework for studying ecosystems with particular emphasis on how viruses are dominant players. My hope is to turn the mostly qualitative P.H.A.G.E.S. into a quantitative science. This will probably take another 20 years and P.H.A.G.E.S. will continually update.

Congratulations to Ph.D. candidate Mark Little, former lab member Emma George, other members of the Rohwer Lab, and collaborators from other institutions for their recent publication, Three-Dimensional Molecular Cartography of the Caribbean Reef-Building Coral Orbicella faveolata, which was published in “Frontiers in Marine Science.” For this project, they  looked at the holobiont (corals and their microbiome) of coral colonies on the southern Caribbean island Curacao. Using pictures and data taken from sampling sites, they constructed three-dimensional models of the colonies, specifically O. faveolata, to look closely at the microbial diversity, microbial gene expression, and biochemistry. The models allowed them to map the microbial diversity and metabolites onto the colonies and other interacting organisms, such as, algae and competing corals. To do this, they used four unique “-omics” techniques coupled with spatial reconstruction.

The goal of this study was to investigate the ecological and spatial drivers of the sampled Coral colonies. They linked microbial and viral functions to specific bacterial groups that are key parts of the coral microbiome. Looking at the connections between viruses, microbes, and metabolites across a single coral colony helps contribute to an understanding of the interactions between these organisms and their systems. Corals are vulnerable to diseases that stem from changes in the healthy microbiome, thus knowing the roles of microbes and viruses in healthy coral systems is imperative to identifying the causes of coral disease.

Mark Little, Emma George, and their co-researchers hope to use the approaches of this study to address spatial patterns of coral holobionts at the whole reef level or at larger scales, such as, island chains or ocean basins. They would also like to study what other factors affect the functions of microbes and viruses within the coral community.

To read the full study, please click the link below.

This Week in Virology (TWiV)

Check out This Week in Virology (TWiV) to hear Dr. Rohwer and Ph.D. candidate Maria-Isabel Rojas discuss the #swab4corona project. For this, they get help from citizen scientists sampling their urban environment, and analyze the samples for SARSCoV2 and other RNA viruses. They have found that RNA from SarsCoV2 was rare on surfaces and the probability of fomites transmission was low. To hear more about their methods and results, listen to this episode.